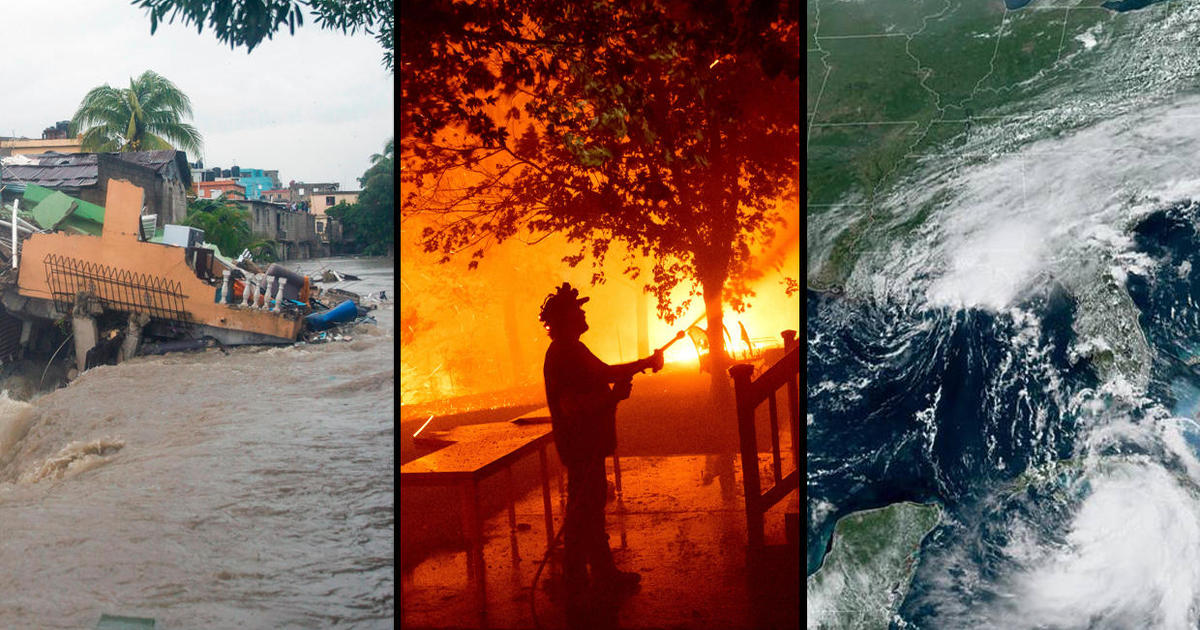 From the historic heat wave and wildfires in the West, to the massive derecho that tore through the middle of the nation, to the record-breaking pace of this year's hurricane season, the unprecedented and concurrent extreme conditions resemble the chaotic climate future scientists have been warning us about for decades — only it's happening right now.

While climate catastrophes are typically spaced out in time and geographic location, right now the U.S. is dealing with multiple disasters. The Midwest is cleaning up from a devastating derecho that caused nearly $4 billion in damage to homes and crops, as nearly a quarter-million people in the West are under evacuation orders or warnings from fires that have burned over 1 million acres, and at the same time residents along the Gulf Coast are bracing for back-to-back landfalls of a tropical storm and hurricane.

"This current stretch of natural catastrophe events in the United States are essentially a snapshot of what scientists and emergency managers have long feared," says meteorologist Steven Bowen, the head of Catastrophe Insight at AON, an international risk mitigation firm.